July 6, 2014: I awoke on my final day in Scotland, took one final look at the garden outside my window, and then headed downstairs to check out of my room. The train back to London would not be leaving until the late afternoon, so we had one free day left to spend in the city, and our hosts were kind enough to store our luggage in a room in the guest house after checkout so that we could enjoy the day without dragging around suitcases.

I chose to spend my final day visiting Edinburgh Castle and the Old Town, so after breakfast I headed outside and began the long walk to the castle. Between the distance and stopping for photos, it probably took me about an hour to get there. Here are some photos I snapped along the way. 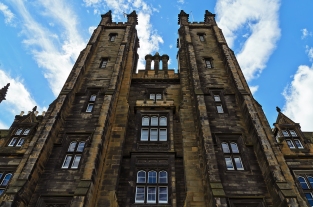 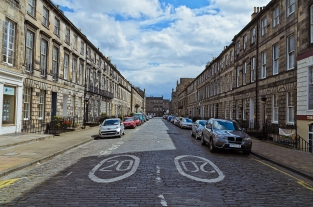 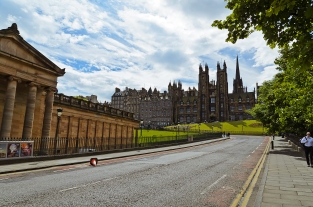 Finally, I reached Edinburgh Castle and presented my ticket, which I had purchased online ahead of time and printed out. The castle did not disappoint–gorgeous architecture and stunning views of the city below. Some highlights of the castle itself were the 12th-century St. Margaret’s Chapel (the oldest surviving building in Edinburgh), the Great Hall (featuring a musical performance by a minstrel), the prison barracks, the Scottish War Memorial (in spite of some dude disrespectfully allowing his children to climb all over the lion statue as if they were in a playground), a touching little dog cemetery, and exhibits depicting medieval castle life.

Looking Toward Calton Hill, which I had been standing on the previous evening. 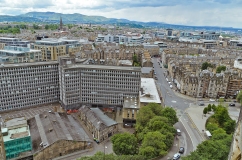 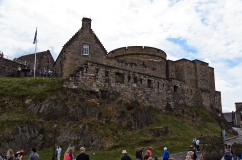 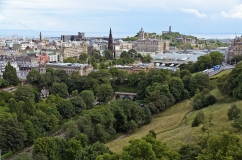 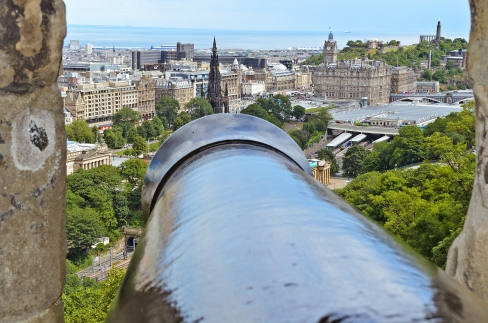 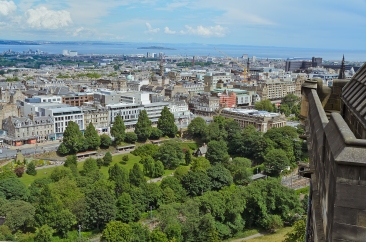 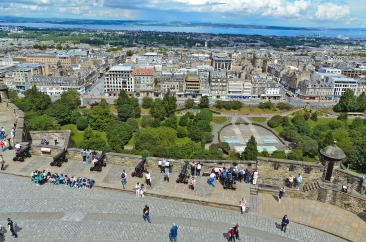 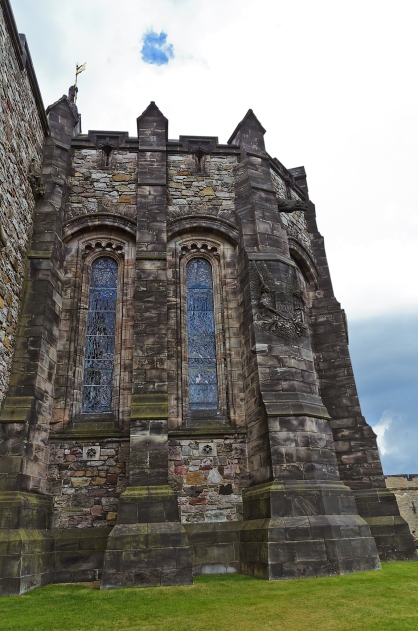 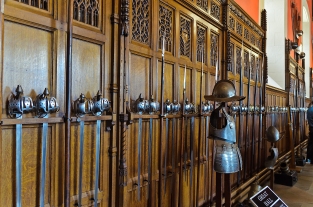 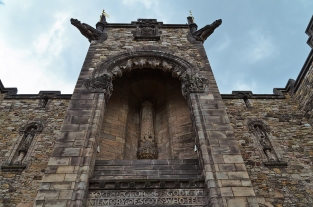 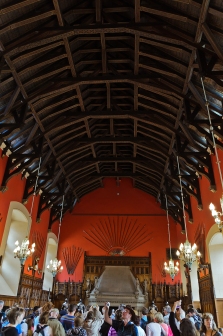 After leaving the castle I made my into the Old Town to do some shopping, soak in the festive atmosphere, and eat a late lunch. I found a little hole-in-the-wall joint serving doener kebabs, which was perfect, as it has become a tradition to eat at least one doener kebab on every Eurotrip since I had my first one in Vienna back in 2007.

Here are a couple of photos from my walk in the city, including one shot of a woman dressed in a stormtrooper uniform—never expected to see that in Scotland. 🙂

I wanted to do a tour of Mary King’s Close, but there wasn’t enough time, so I meandered about the Old Town for a while longer (stocking up on various kinds of shortbread cookies for the wife) before making my way back to the guest house to grab my luggage and catch the bus to the train station, where I boarded a train for the roughly 5-hour ride back to London. The train arrived late in the evening, probably around 9:30. I said my goodbyes to George, who was a great guide, and gave him a good tip. I then headed back to the same Cartwright Gardens apartment building in which I had stayed during my first week in London.

However, checking back in to my flat turned out to be a 45-minute ordeal. I hauled my luggage up two flights of stairs, went to open my room, and there were people already in there–they had double-booked it. Luckily, I heard voices on the other side of the door before I tried to open it. By the time they sorted my room and provided me with everything they kept forgetting, I had run up and down two or three flights of stairs five times. I ended up in the same 3rd-floor room I had occupied during the previous week, which I liked better than the 2nd-floor room they initially tried to give me anyway, and the familiarity made me feel as if I was arriving home, so all was well that ended well.

After unpacking I collapsed into bed following nearly a week of getting very little sleep. I didn’t have definitive plans for the next day until the evening, when I would be heading to the theater district to see a show, so I decided to sleep in and not set a wakeup call. The rest of the week was mostly booked solid, so tomorrow would be a lazy day.