July 5, 2014: My first full day in Scotland got off to a hectic start. I was scheduled to embark on an all-day tour of the Highlands, culminating in a cruise on Loch Ness. The bus would be picking me up at 7 a.m. so I set my alarm for around 5 a.m. in order to have plenty of time to get ready. At one point in the morning I awoke but assumed it was still early since my alarm hadn’t gone off, so I started to go back to sleep. Something, however, told me to look at the clock and when I did, it read quarter-to-seven!! My alarm had never gone off and I now had just 15 minutes to scramble around like a chicken with its head cut off—forget breakfast or showering, it was all I could do just to get my ass out the door in time to meet the bus. I would have been devastated if I had missed out on the Highlands tour; it was my main reason for coming to Scotland.

I made it on to the bus in the nick of time and we were off . . . well, not quite. We had to pick up some more passengers, who were apparently running late, and we ended up waiting an extra 15 minutes, so perhaps the bus would have waited for me as well—but I’m glad I was there on time; I would not have wanted to make other people on the tour wait for me.

Our bus driver also turned out to be our guide, and I found him to be quite entertaining and knowledgeable. He talked over the intercom throughout our journey, treating us to interesting tidbits of Scottish history, as well as current events like the impending vote for independence from the U.K. He was a wealth of information, and I was impressed that he could be that engaging while also driving the bus (and it was a long drive to the Highlands and back). I was somewhat annoyed that other people weren’t paying attention to him, either talking loudly among themselves or playing with their mobile devices, but if that’s how they wanted to spend the long bus ride, not learning anything, to each their own, I guess.

Before reaching the Highlands we passed by several landmarks, a few of which I photographed from the bus, doing my best to minimize window glare (you can click on any image in this post for a larger view).

At our first rest stop I managed to gobble down a late breakfast, and then it was off to Braveheart country. The Highlands are absolutely breathtaking—beauty in every direction and sparsely populated so you can really envision what it must have been like to be a Highlander back in the day. I also enjoyed the best views of lakes (or lochs, as they are called in Scotland) framed by mountains I had seen since going through Switzerland, though I think I liked the Scottish Highlands even more. There’s just so much green, largely untouched by civilization, it’s like a dream. I’m sure there are harsh winters, but that didn’t stop me from fantasizing about living there. Here are some photos from the bus. 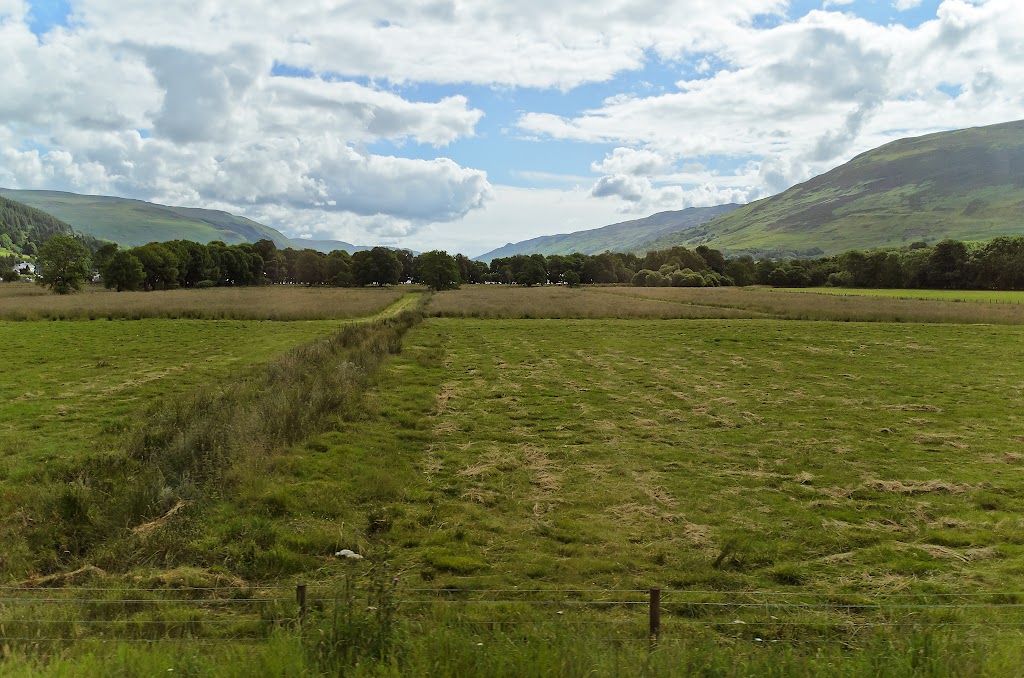 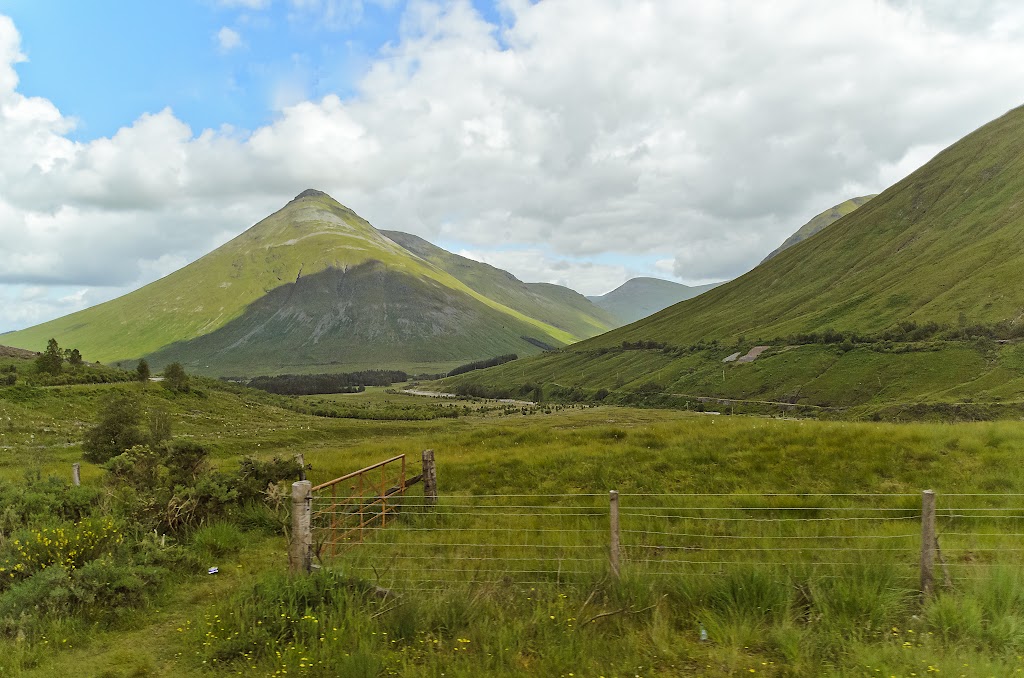 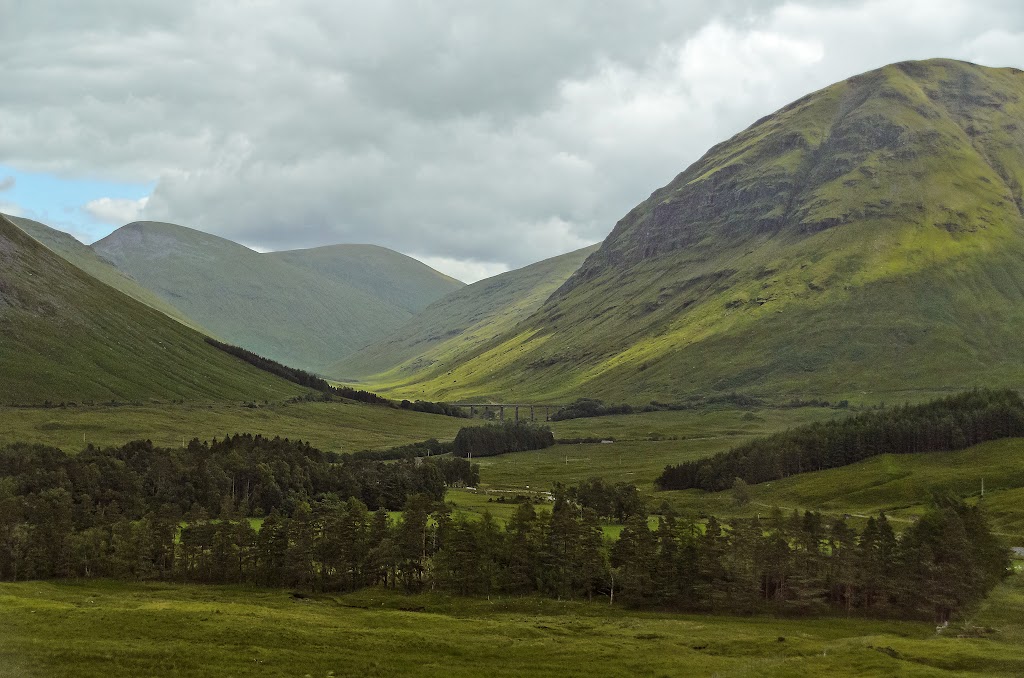 About halfway into the Highlands we made a brief stop for photos, and what a gorgeous location it was. 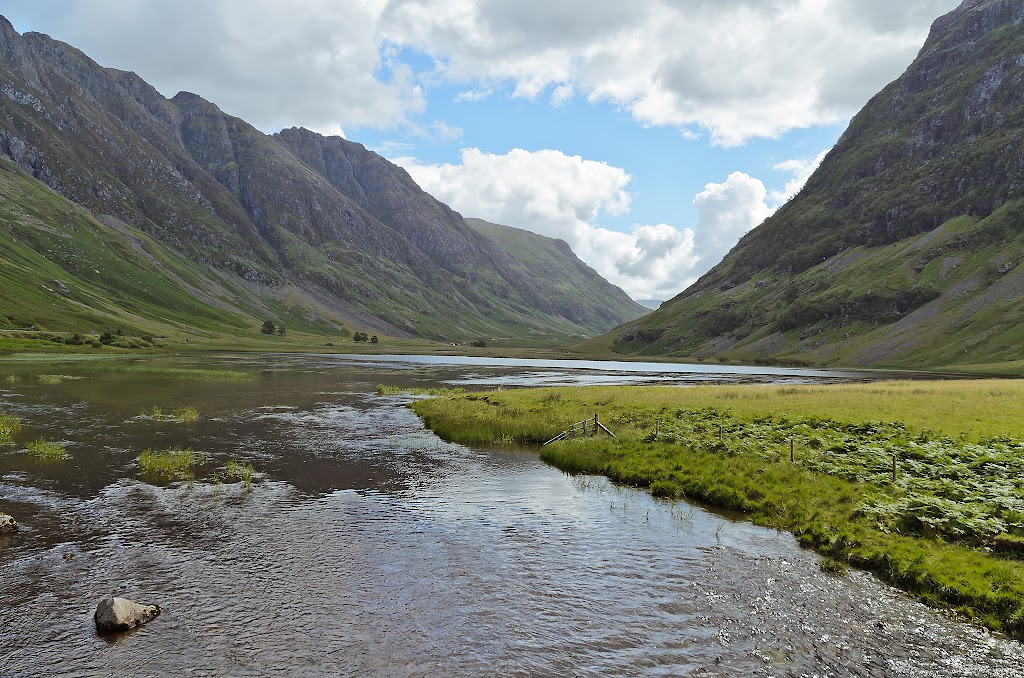 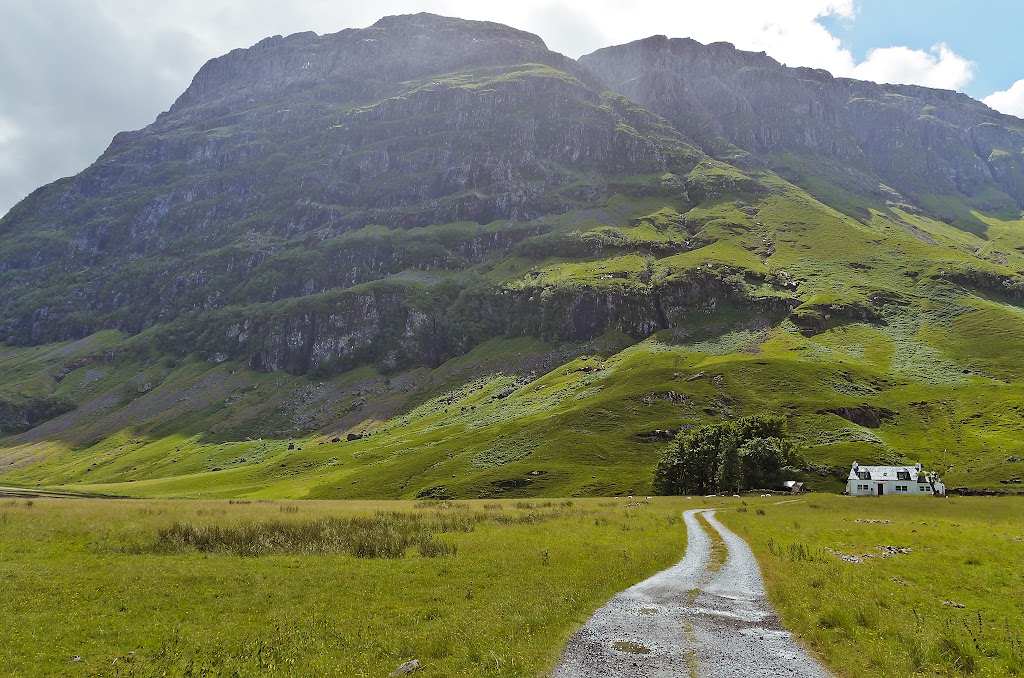 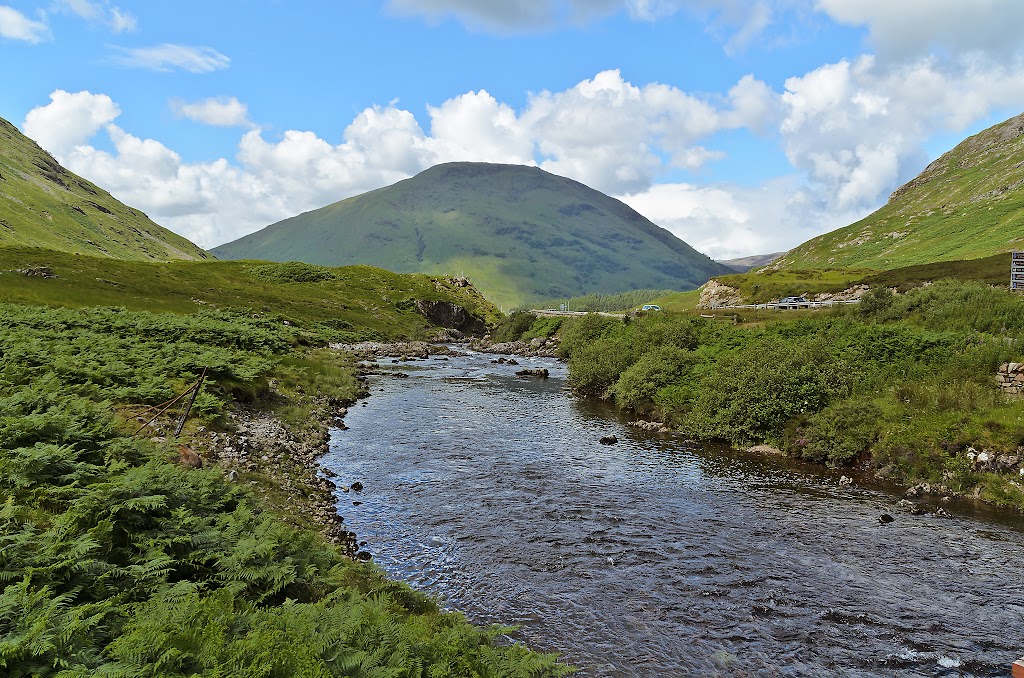 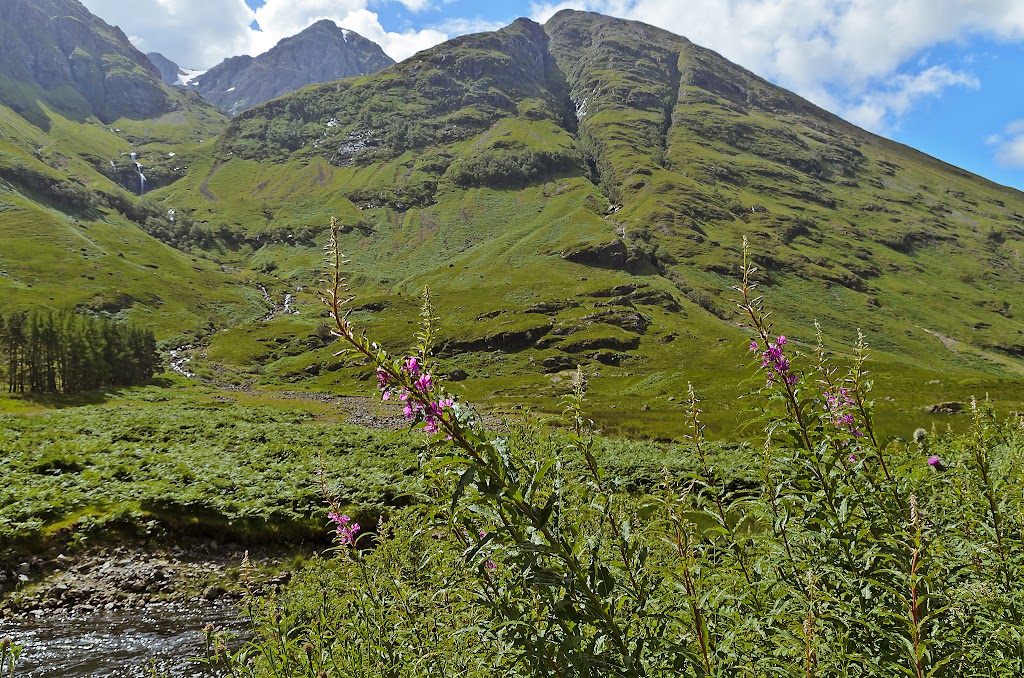 Later in the day we made another stop for lunch and I took the opportunity to hit the ATM (my use of the ATM here was reported as potential suspicious activity to my wife back at home). Before long we were back on the bus and bound for the home of Nessie: Loch Ness. Upon arrival, we toured the ruins of Urquhart Castle, which sits on the shore of the loch. This castle was once owned by the Grant clan (the large tower is known as Grant Tower) and, as my wife’s last name is Grant and she has Scottish ancestry, I choose to believe that her family owned the castle. 🙂

After touring the castle it was time to hop on a boat for our cruise to the other end of Loch Ness. One thing you notice about the water is that it looks almost black. This is due to a high concentration of peat in the water. The low visibility resulting from this murkiness is one reason the myth of Nessie has perpetuated even into the 21st century.

The cruise was nice and relaxing, with spectacular scenery. Here are some photos.

At the end of the boat ride it was time for the long drive back to Edinburgh. As the bus driver dropped us off, I noticed that nobody else appeared to be tipping him, but I felt that he’d more than earned it, so I gave him ten pounds and thanked him. I wish I remembered his name so I could recommend him as the driver/guide to ask for on this tour.

I arrived back at my room around 8 p.m., but my night was not over. Soon I would be heading out for a late dinner followed by a hike up Calton Hill to catch some views of Edinburgh at sunset, which in this case was around 10:30, but that excursion will be covered in the next installment. In the meantime, I leave you with one final panorama of Loch Ness and Urquhart Castle. If you are ever in Scotland, a trip to the Highlands is a must. It is one of the most beautiful areas I’ve ever visited.