July 3, 2014: Today was the day around which I had planned my entire two-week trip: the Monty Python reunion concert. But first, I toured the Tower of London and walked across the Tower Bridge.

The day began with a bit of a subway misadventure—I got on the tube heading in the wrong direction. I had done pretty well to that point navigating the London Underground, but the Circle line was a bit confusing. However, righting my course was simple enough once I realized I was going the wrong way—I just had to hop off at the next stop, make my way to the other side of the tracks, and hop back on.

The Tower of London is an interesting window into London’s medieval past, and definitely a must-see when you visit the city. There is a lot to see among the various buildings, so plan on spending a good portion of your day there, especially if, like me, you read all of the plaques describing the exhibits and the history behind them. Here are some photos from my visit (click on any image to open a gallery): 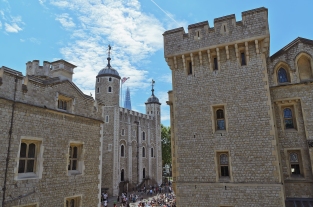 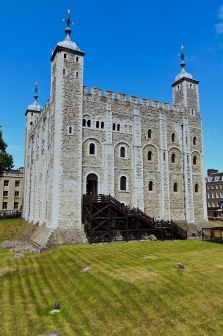 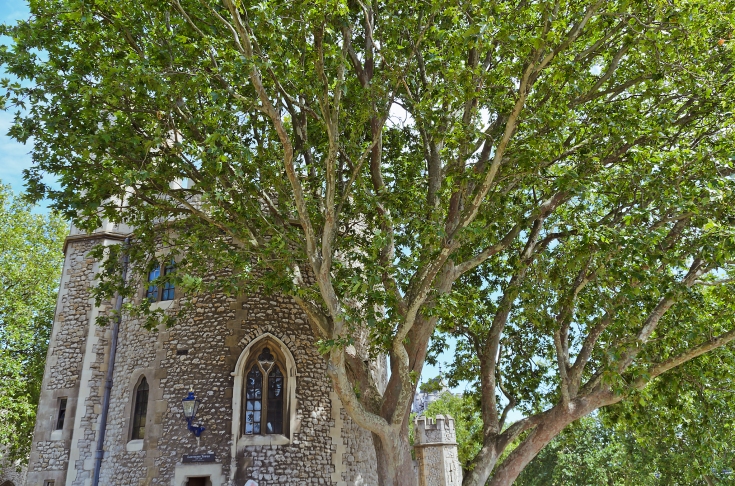 One of the main attractions of the Tower for many people is the chance to see the Crown Jewels. To be honest, I really didn’t care that much about seeing them, but since the line was relatively short, I decided to head in. The wait to get in can reach astronomical portions at peak times, so you need to decide how badly you want to see them. As I said, my wait was fairly short, about 20 to 30 minutes, so in my case it was worth it. It can be a bit claustrophobic as you’re herded through the exhibit, and at one point you’re moving through on one of those conveyor belts like they have in airports. There is much more on display than just the Crown Jewels: all manner of crowns, scepters, and similar items, but no photography is allowed inside so I don’t have any photos.

After finishing up at the Tower of London it was time walk across the Tower Bridge. You can also pay to walk on the upper level of the bridge for a bird’s eye view of the city but I decided against it since I had already gotten a similar view during my visit to The Shard. If the view had been unobstructed, I probably would have gone up, but the upper level is enclosed in glass, so my photos would have been no better than the ones I had gotten at The Shard. Anyway, here are some pics from my walk across the bridge (and also a couple of the bridge taken from the Tower of London). 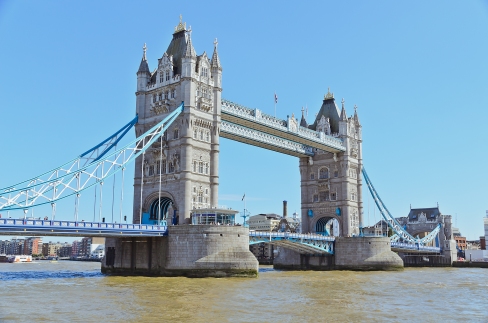 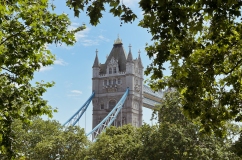 I then headed back to my apartment to do some packing (I would be checking out in the very early morning) and grab some dinner before heading to the Greenwich peninsula for the Monty Python concert. There wasn’t enough time to head back into the center of the city so I found a small Chinese restaurant near the apartment and ate there. The pineapple chicken fried rice was a bit bland, not one of the most memorable meals of my trip, but not the worst, either (that was still to come).

The subway ride to the O2 (the concert venue) was long, probably about an hour if you count walking to and from the stations and changing lines. The O2 is a massive stadium complex containing multiple venues, restaurants, and other facilities. Although I didn’t take any pictures that night (I chose to leave the bulky camera in my apartment), here is a shot I took of the stadium from down the river the following week:

My seats were much better than I was expecting. I had a great view of the stage and the show itself was splendid, everything you’d expect from Python, ending, of course, with an entire arena full of people singing and whistling to “Always Look on the Bright Side of Life.” Here’s a bad cell phone photo of the stage:

Afterward I went directly home to finish packing for my three-day trip to Scotland. It was around 11 p.m. by the time I got back to the apartment and I had a 4 a.m. wakeup call, so I would not be getting much sleep, but Scotland would prove to be more than worth it.

And with that, my first week in London had come to a close. One big regret is that I never made it out to Wimbledon, which had been in its second week when I arrived. I had just crammed too much activity into all of my days so I never had the time. Oh well. That aside, my first week in London was a blast and I looked forward to seeing more of the city when I returned after three days in Scotland.

View more of my photos from London.

1 thought on “Eurotrip 2014, Part 6: And Now for Something Completely Different…”