July 5, 2014: After returning from the Scottish Highlands I took a brief break before heading back out into the city. On the recommendation of my guide George, I decided to take a sunset hike up to Calton Hill, which offers breathtaking views of Edinburgh. But first I stopped for dinner at a fish & chips place, where I tried a fried cheeseburger, which was basically a cheeseburger deep-fried in batter like you would do with chicken. It seems that this type of frying is quite popular in Edinburgh, as there were many similar items on the menu, including deep-fried pizza, though I didn’t get a chance to try that.

Once I finished shoving that deep-fried decadence down my gullet, I continued on up to Calton Hill. Here are some photos I took along the way (click on any photo to view a larger version in a gallery).

I arrived shortly before sunset, which is around 10:30 p.m. that time of year, and was immediately grateful for George’s advice—the views were indeed spectacular. I would not have time on this trip to climb Arthur’s Seat, the large hill that looms over the city, so this was the next best thing. I stayed well into the night, so the following photos run the gamut from sunset to night shots. In addition to photos of the Calton Hill monuments, some of the wider shots showcase the picturesque cityscape, including Edinburgh Castle perched high on its hill, while shots from the other side of Calton Hill feature the sunset over the Firth of Forth. 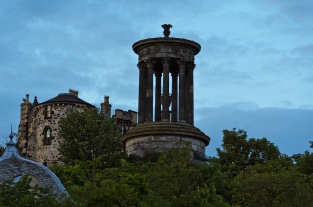 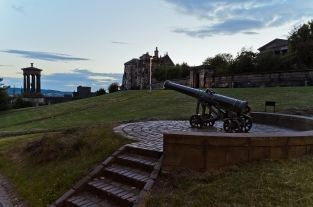 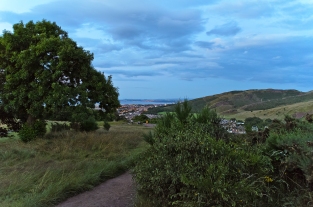 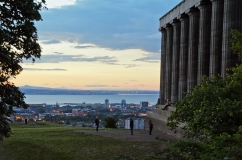 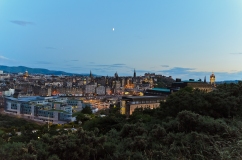 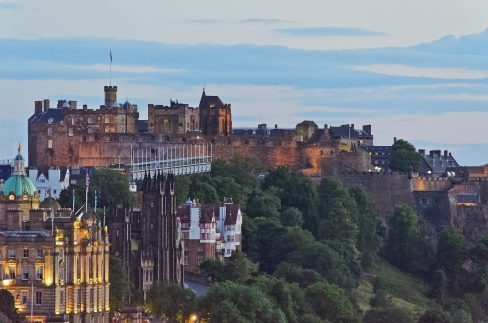 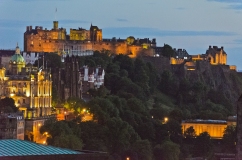 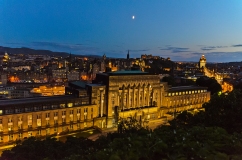 At one point I climbed up onto the Greek-looking structure visible in a couple of the photos, known as the National Monument, an unfinished memorial to soldiers and sailors from the Napoleonic Wars that now appears to be a place for young people to hang out. The climb onto the monument was much harder that it looks—I actually needed a hand from one of the guys already up there, who was kind enough to help me up. Only after getting to the top did I realize that at some point I would have to make the long jump back down. 🙂

Eventually it was time to make the long walk back to my room. I arrived around midnight and got to bed as quickly as possible after packing my bags. In the morning I would be checking out of the guest house and then spending the day at Edinburgh Castle before catching the train back to London.

So, do I recommend a visit to Calton Hill? Absolutely! It’s well worth your time.