November 3, 2013: The longest day of my Mexico trip began in the morning with a pickup at my hotel in Merida for the drive to Chichen Itza. I would not be returning to the hotel, so I had all of my luggage with me. Fortunately, I had chosen to travel with just a carry-on, so there wasn’t much to lug around. We drove around the city picking up others until the van was full. The entire group would be moving on to Cancun after Chichen Itza, so the back of the van was piled with everyone’s luggage.

After a couple of hours of driving we arrived at Chichen Itza, home of one Mexico’s most famous pyramids, El Castillo (pictured above), but first our guide took us on an extended tour of other buildings in the complex.

Before long I got my first view of El Castillo.

Unfortunately, they no longer allow you to climb this pyramid. They closed it off to public access seven years ago after an elderly woman slipped on the steps and fell to her death. From what the guide was saying, it sounds like Mexican authorities are closing off more and more ruins for both safety reasons and to preserve the ruins from human erosion, so if you want to climb the still-open pyramids in places like Teotihuacan and Uxmal, you might want to get down to Mexico sooner rather than later.

After spending some time at the great pyramid, our guide took us to some of the other nearby structures.

After the guided tour ended we were given free time to explore the rest of the complex. I headed over to the Temple of the Warriors.

I then headed down to the other end of the complex to check out the Sacred Cenote, which supplied water to the city. On a side note, we were supposed to go swimming in a nearby underground cenote after leaving Chichen Itza but that never materialized, bummer. 😦

Along the way I had to run the gauntlet of vendors. They’re not as annoying as the ones in Teotihuacan because they are set up behind tables, so they don’t follow you around as much. And they’re located on side paths away from the ruins so, unlike Teotihuacan, it’s easier to avoid them, but it still adds a touristy vibe to the place that you don’t get when visiting more remote sites like Uxmal and Kabah.

After walking around the cenote I made my way back to the great pyramid for some more photos. 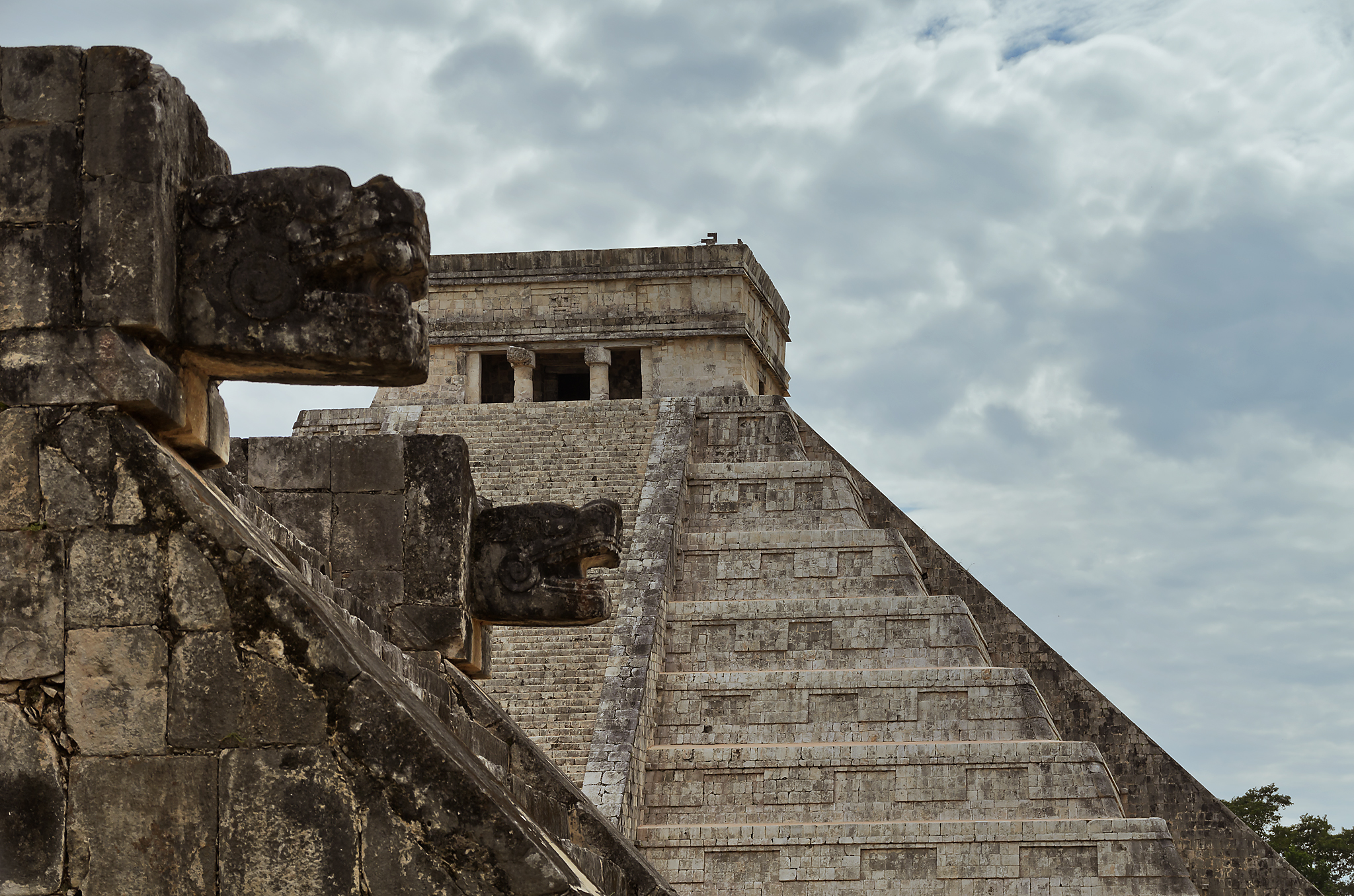 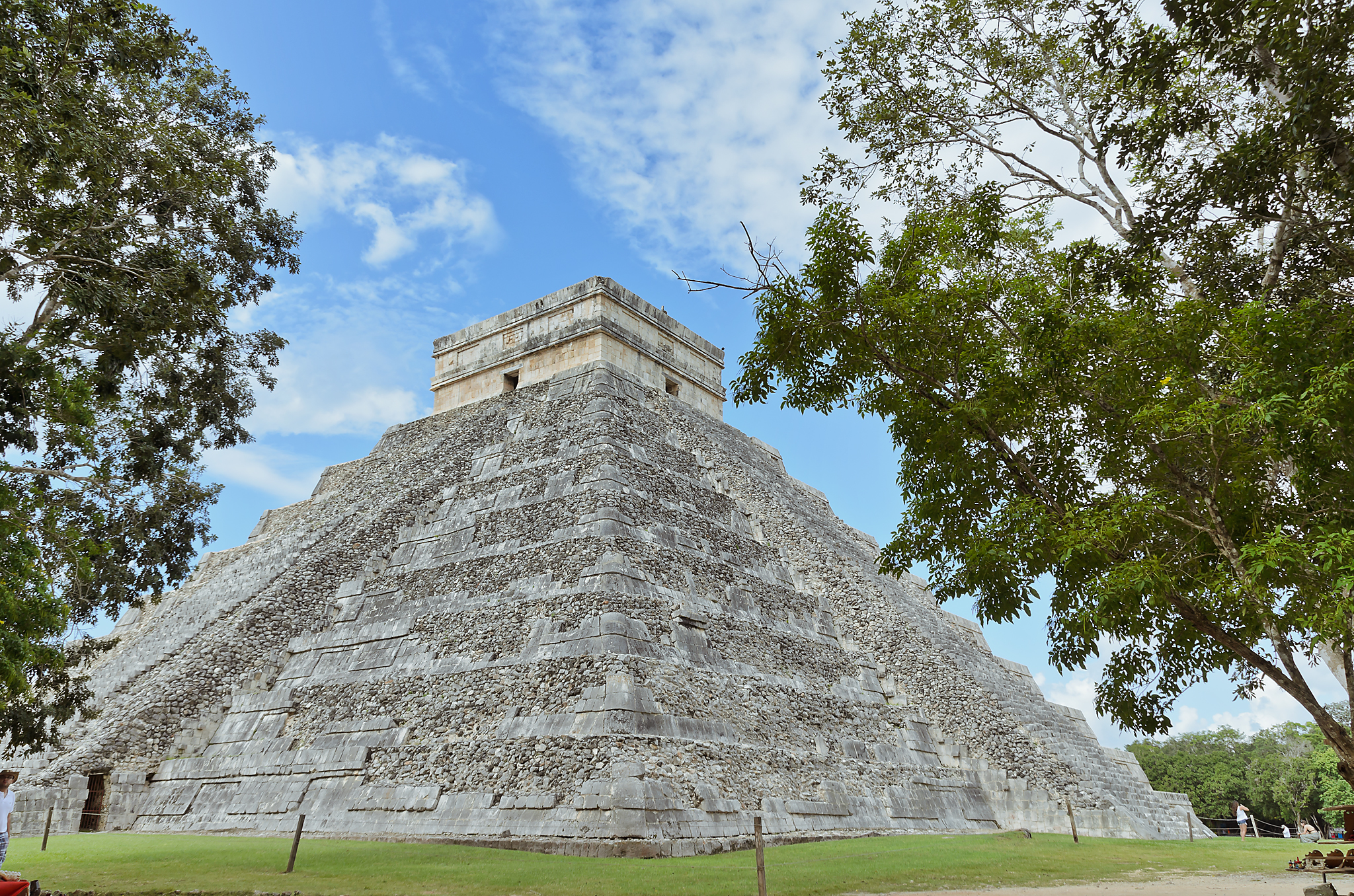 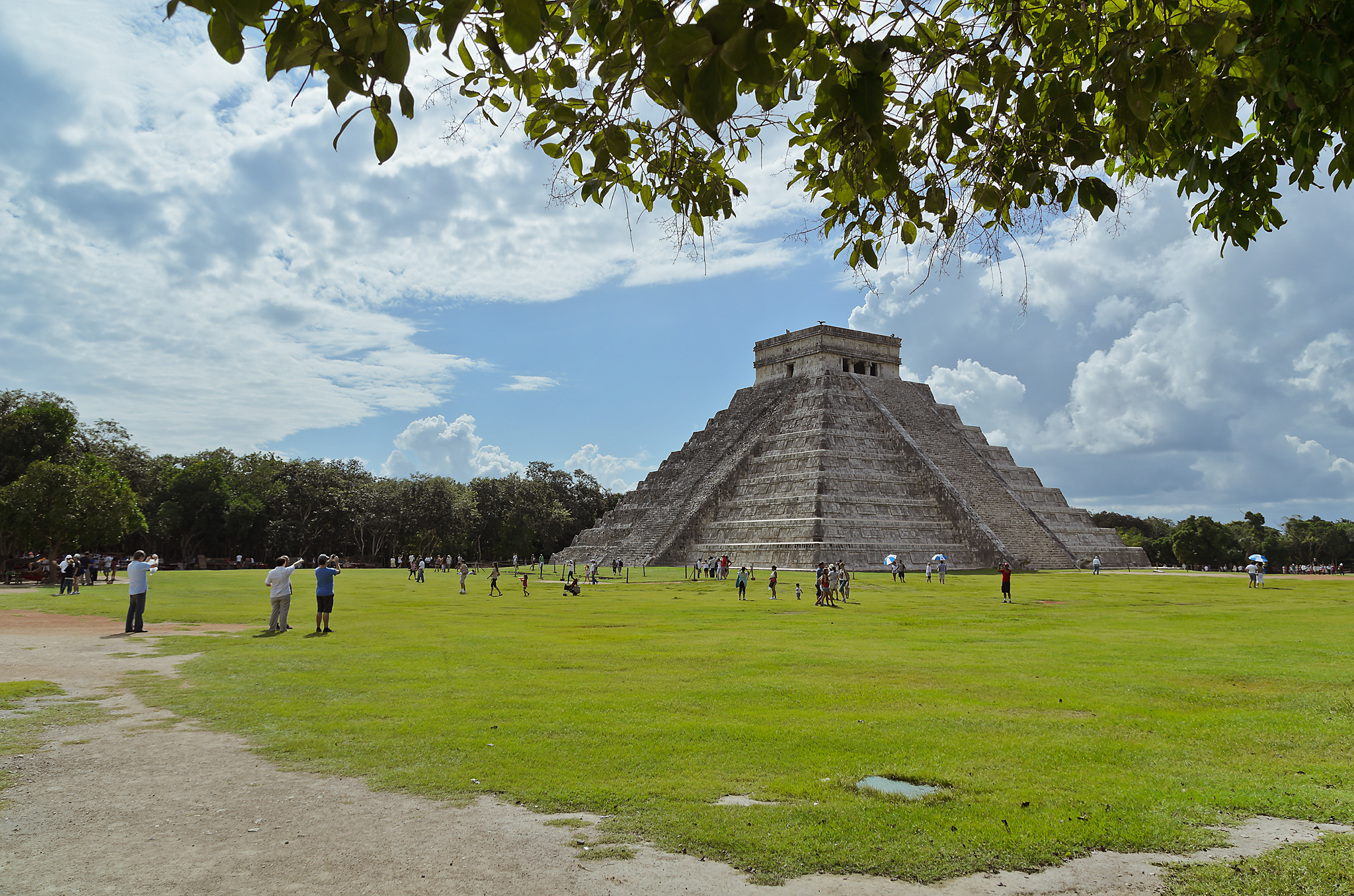 It was time to leave, so I headed back toward the park entrance. I had 20 pesos left in my pocket so I figured I’d see what I could get from one of the vendors before exiting. I wasn’t expecting much since 20 pesos is roughly the equivalent of $2, but I figured it couldn’t hurt to try, and maybe they’d want to unload some goods since it was near the end of the day. I stopped at a vendor, found what I thought was a cheap item and asked how much. He said, “50 pesos,” so I said, “No thanks,” and started to leave. He followed me and asked me how much I wanted to give. I said, “20.” He said, “Okay, 20.” I handed him the 20 pesos and he said, “No, 20 U.S. dollars.” So he had increased  the price from $5 (50 pesos) to $20 (200 pesos) while acting like he was giving me a bargain because 20 was less than 50. He obviously was counting on my misunderstanding of the currency differences to try and swindle me. I walked away.

When I reached the end of the path I realized I was at the wrong gate, so I had to turn around and try to find my way to the correct gate (Chichen Itza is a large complex). By the time I finally reached it, I was very late. I walked around looking for my group but could not find anyone. Eventually my guide found me and led me to the dining hall where the group was having lunch. I sat near a couple from Switzerland and we had a nice conversation. I told them how much I love Switzerland and it turned out that they were from Basel, which I had just visited on my last Eurotrip.

After dinner it was time to head back to the van for the long drive to Cancun. About three hours later, around 8 p.m. on a rainy evening, I checked into my Cancun hotel for the final leg of my trip, which will be covered in the next installment. In the meantime, here’s one more photo of El Castilo: 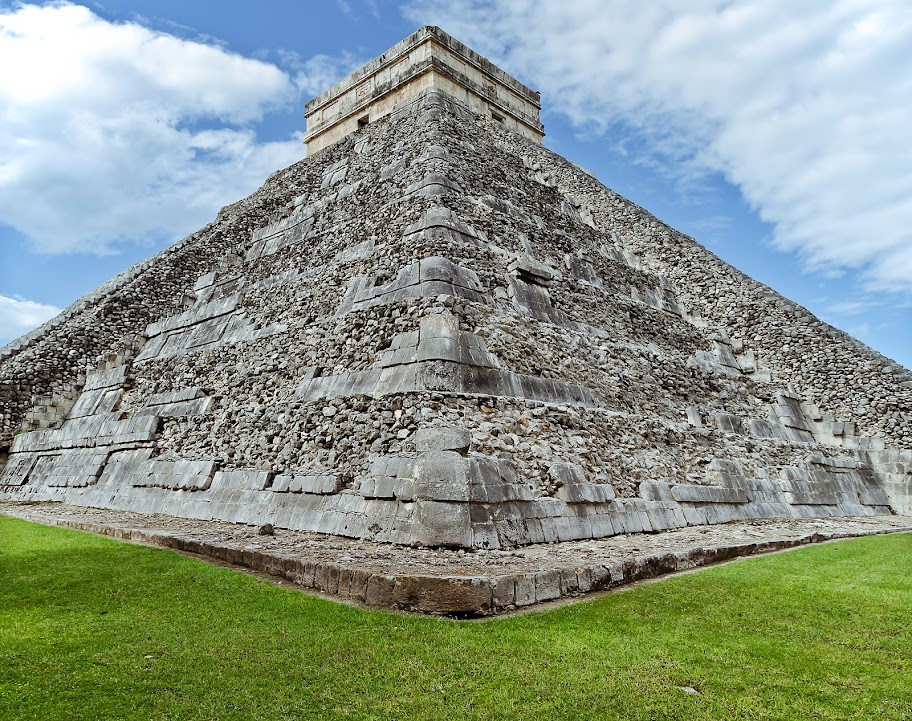 5 thoughts on “Down in Mexico, Day 6: Chichen Itza”