This installment covers Day 25 of my 2011 trip to Europe…

November 7, 2011: The morning after our introduction to Dubrovnik we were eager to get back into town and head up to the medieval walls that surround the old city–walls so well-preserved that they circle the entire city in one uninterrupted course. First we went down to the hotel restaurant, where I was disappointed to find the servers closing up the buffet 15 minutes before breakfast was scheduled to end. Oh well, that’s what I get for sleeping in.

Following breakfast we headed into the city, bought our tickets, and climbed up to the walls. We had such beautiful weather for early November that I was even able to wear shorts, and the best thing about being there in November was that the walls were practically empty. I’m guessing that Dubrovnik is packed with people during the summer, particularly up on the walls, but we didn’t have to worry about that. We were able to meander at our leisure and take lots of pictures without feeling rushed or bumped along. I was able to get many nice shots that might otherwise have been impossible with larger crowds to navigate.

The views along the walls are spectacular, both looking out to sea and in toward the city. Among the beautiful architecture is also evidence of the devastation from the 1991 Siege of Dubrovnik in the form of ruined buildings (there are even bullet holes still visible in certain buildings). Here are some photos from our walk (click on any image to view a larger version): 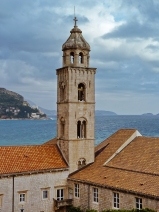 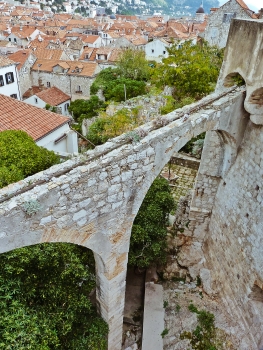 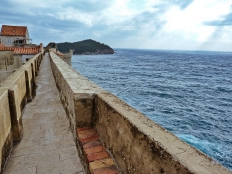 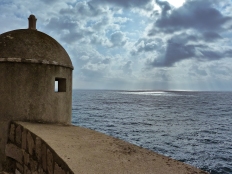 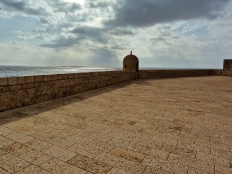 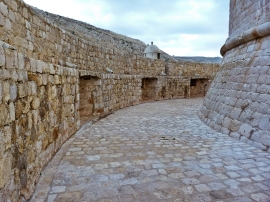 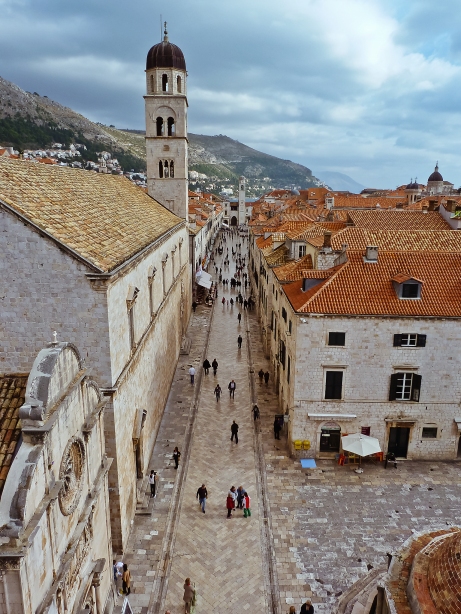 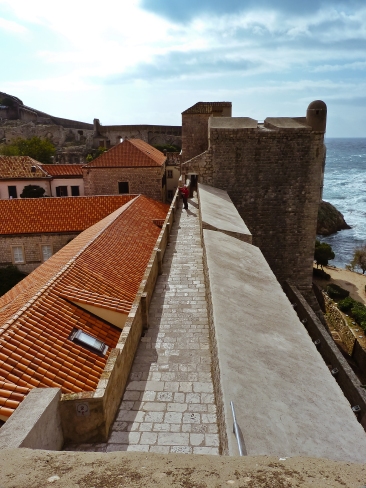 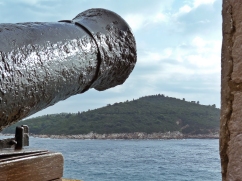 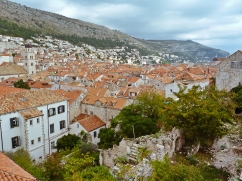 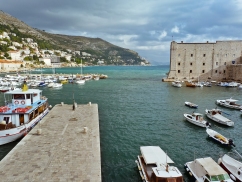 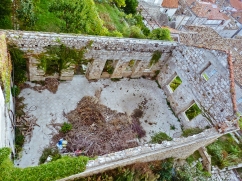 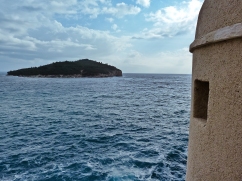 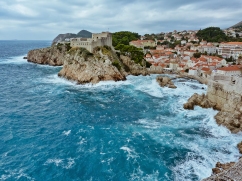 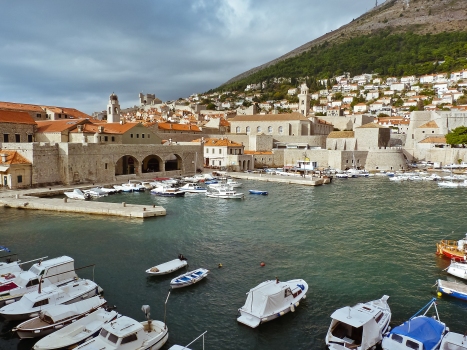 If you visit Dubrovnik and do nothing else, spend a day walking the walls, you won’t regret it. And if you’re a Game of Thrones fan, there is the added cool-factor of knowing you are walking in the footsteps of your favorite characters since Dubrovnik is where they film the King’s Landing scenes. If you like the show, you can read more about the various locations used during filming and see related photos at my post: Dubrovnik: A Tour of King’s Landing (and other locations).

We spent most of the day on the walls, though you can do the entire circle much more quickly if you choose (in total it is just over a mile not counting diversions like climbing the Minceta tower). But once you’re up there you will probably wind up staying much longer as we did. I could have spent all day up there just gazing out into the Adriatic and admiring the beauty of the city.

Afterward we had a nice dinner at a restaurant across from Dubrovnik’s entrance overlooking the sea, where I finally found a place in Europe that makes a real Long Island Iced Tea, which I followed up with a Mai Tai. Later that evening we walked around town again hoping to find a jazz club but we did not have any luck, so we settled for sitting at an outdoor café and splitting a bottle of Prosecco while enjoying the night air and the piano music emanating from within. Tomorrow would be our last day in Dubrovnik (and our final non-travel day in Europe), so this was our last night to stay out late and live it up, toasting the end of the adventure we had begun nearly a month ago.

But we still had one more day of fun ahead of us, which will be covered in the next installment. Until then…