At the end of our two-night, ill-fated Cinque Terre stay, we checked out of our hotel early to catch the bus that would take us into La Spezia for the train ride back to Florence. The bus was very late and for a while we thought we had missed it or were in the wrong location. Finally it came and we hopped aboard for a long ride into the city. After arriving we walked down to the harbor in the hope that we might be able to take a boat ride so I could get a closer look at the four Cinque Terre villages that I hadn’t been able to visit, but everything was either grounded or tied up in rescue operations. So we headed to a café for breakfast to kill time until our train left.

On the way back to Florence our train had a stopover in Pisa, so I decided to go see the Leaning Tower. Uncle Kipp had already seen it, so he stayed behind at the train station. It wasn’t a long layover so I had to hustle down to the Piazza dei Miracoli (where the tower is located), which was roughly a 30-minute walk across the River Arno.

I made it to the square and had just enough time to walk around the grounds, but unfortunately not enough time to tour any of the buildings or climb the tower, so I had to settle for taking some photos.

The hardest part about shooting the tower is resisting the urge to tilt the camera and straighten the tower out.

Rather than share the clichéd photo of myself holding up the tower, I thought I’d share a photo of other people doing their holding-up-the-tower poses: 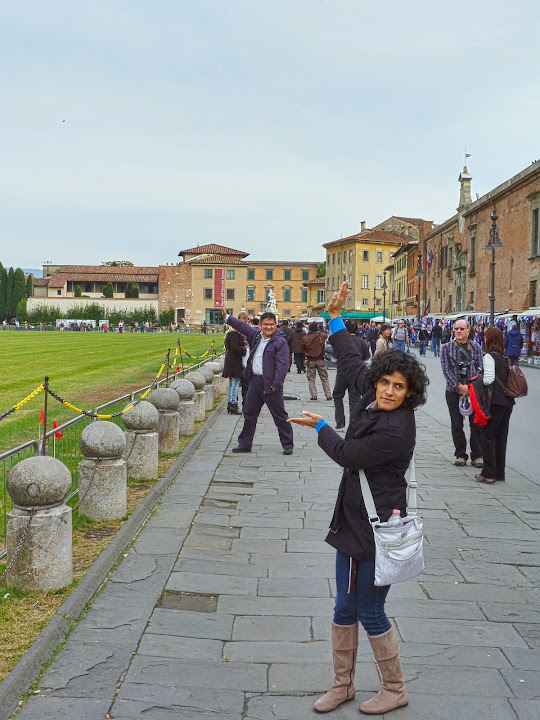 After taking my photos I rushed back to the train station and we caught the train back to Florence. Before heading back to the villa we did some grocery shopping so I could make dinner the following afternoon. I bought supplies to make pasta with pancetta and braciole. We also picked up more of that awesome Italian prosciutto to snack on that evening–if prosciutto tasted like this in the States I’d buy it all the time.

So we hopped on the bus to take us back up into the hills and to our villa. Unfortunately, we had caught the wrong one—it only went about halfway up and then came back down again to pick up more passengers and then make the drive all the way up the hill, so we wound up riding it twice before finally making it back to the villa.

When we entered the house we discovered that everyone else in our group had already left, so we would be spending the next two nights in the sprawling villa all by ourselves. Walking the long halls and stairways of the 100-year-old building at night with nobody else around was decidedly spooky.

It didn’t help that a waitress at the local restaurant told us that the villa was supposedly haunted, or that we had just recently been discussing The Shining. In fact, one night while I was sleeping I thought I heard footsteps around my bed. I’m sure I was just dreaming, but it still creeped me out. 🙂

Here are a few of the interior shots I took to try and capture a bit of that creepiness: 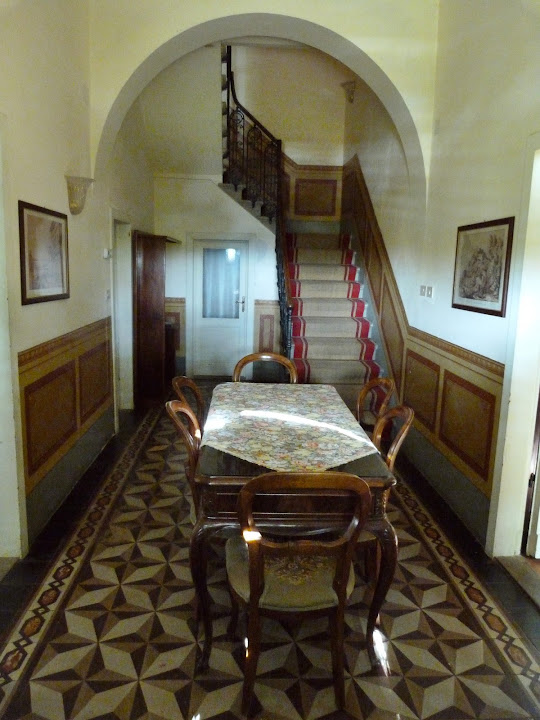 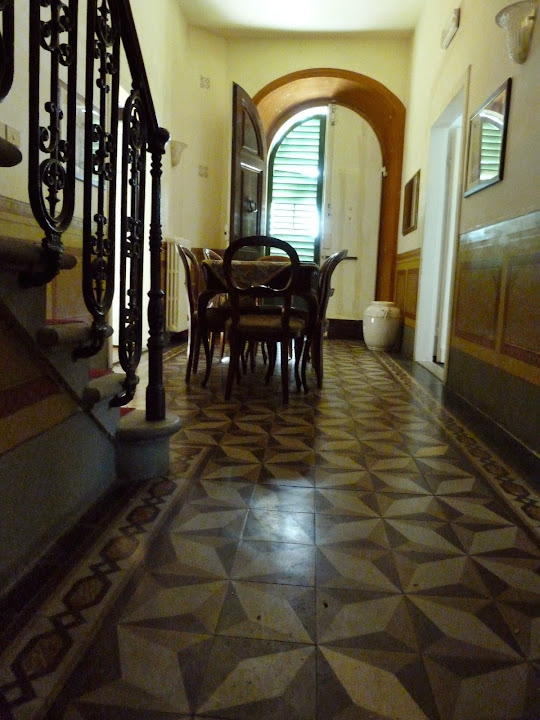 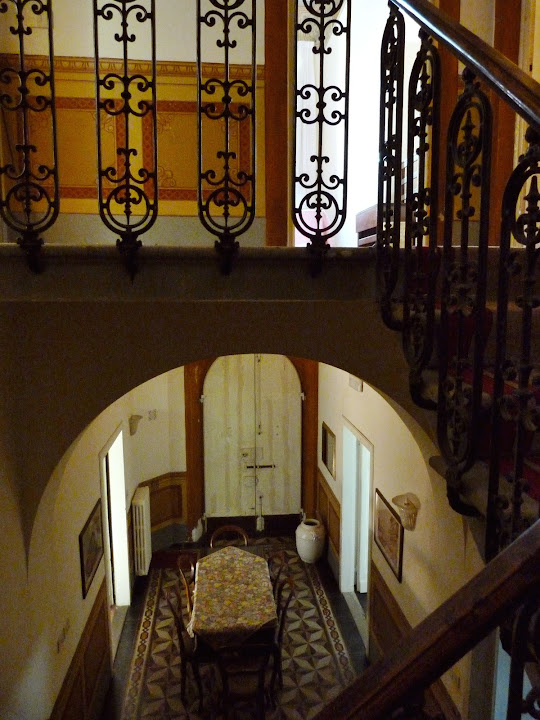 The next day, I decided to stay behind at the villa while Uncle Kipp went into Florence. I needed a day to relax after everything we had crammed into the last two weeks. It was an absolutely gorgeous day, as if we were in the middle of the summer rather than the end of October. I walked around the outside of the villa and took some more pictures of the grounds and the beautiful countryside.

That evening I started to make dinner, only to discover that there was no more garlic in the house. We didn’t think to buy any because there had been a lot left the last time we checked. Oh well, I forged ahead, though the lack of garlic made for some pretty bland braciole.

Uncle Kipp returned from his day out, during which he also took care of paying the final bill. To our shock, we got slapped with a heating bill of 800 Euros! The nights were cold and it was a huge building with lots of people requiring different levels of heat to stay comfortable, but we were still stunned. It didn’t help that there was a broken window in one of the rooms that we had to force closed with a rock that the landlords never fixed during our two-week stay. They also failed us in other ways (including shutting off the heat and hot water on our last night) but I don’t want this post to turn into a laundry list of complaints. Suffice it to say that they received a lengthy letter after we returned home.

That night I walked around outside taking some more photos. Here is one of Florence.

I watched some TV before heading to bed. The Cinque Terre disaster dominated the news channels. The only English-language channel was showing Jersey Shore. Ugh, I hope that’s not how the rest of the world thinks the average American behaves. 😐

The next morning we awoke early so we could close up the villa and head to the bus for our long journey to Switzerland and the beginning of the second half of our trip, which will be covered in the next installment. In the meantime…