I’ve been home from my Eurotrip for nearly two months now and I’m still busy culling and processing all of my photos (it takes a long time to whittle over 2,000 photos down to around 1,000!), so it will be a while before I begin posting journal entries. In the meantime, here are some panoramas I took in Scotland. You can click on any of the photos to view a larger size…

This first one is my favorite.  Taken during my trip to the Scottish Highlands, it’s what I like to call an accidental panorama, meaning that it was not originally intended to be a panorama, but when I saw the two separate photos next to each other, I realized they were close enough in composition to be stitched together into a panorama that looks much better than either photo individually. It’s such a beautiful area it almost doesn’t look real; I want to live here. 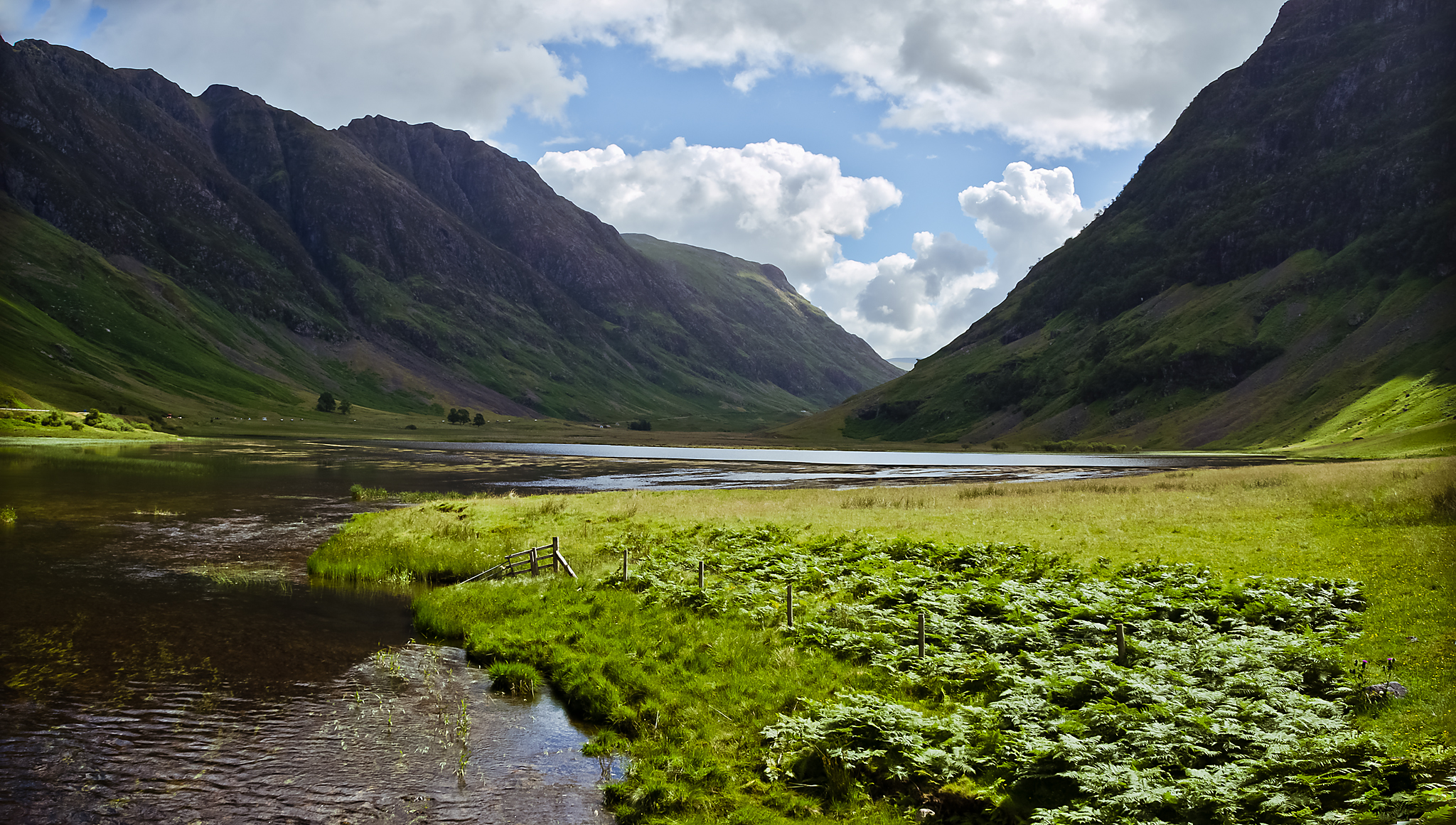 This next one was taken at the same stop. The white house in the distance is basically all by itself–now that’s what I call privacy!

This one was taken from the grounds of Urquhart Castle on the shore of Loch Ness. The castle was once owned by the Grant family, who are most likely my wife’s ancestors, so being there was pretty neat. If you squint hard while gazing out over the loch, you might be able to catch a glimpse of Nessie. 🙂

This final one was taken at sunset from the top of Calton Hill in Edinburgh.

You can see more photos from my trip via the links below. The only ones I haven’t gotten to yet are Paris.