As we prepared to depart Letchworth State Park for Watkins Glen, we noticed that Niagara Falls was only 90 minutes northwest of Letchworth, so we decided to take a detour since we wouldn’t be able to check in to our Watkins Glen hotel until later in the day anyway. We had stayed on the Canadian side of the falls for our one-year anniversary back in 2002 but had never visited the American side, so this seemed like a worthy day trip—and it was.

The American Falls may appear less impressive from the Canadian side when you’re standing over the magnificent Horseshoe Falls, but looks are deceiving. When you’re standing above the American Falls or hiking up the side of them, you realize just how incredibly powerful they are. The American side also allows you to walk along and across the upper Niagara River and gaze upon the rapids as the river approaches its perpetual rendezvous with a cliff. Unfortunately, we could not get close to the Horseshoe Falls because they were doing construction, but we had seen plenty of them in Canada, so it wasn’t a huge disappointment.

Here are a few photos from our visit. As always, no photo or video can do justice to any major waterfall, and this is especially true of Niagara Falls—you really need to be there in person to feel the power of hundreds of thousands of gallons per second thundering over the edge and crashing to the river below in order to understand what an amazing natural wonder this place truly is. Both the American and Canadian sides are more than worthy of a visit. 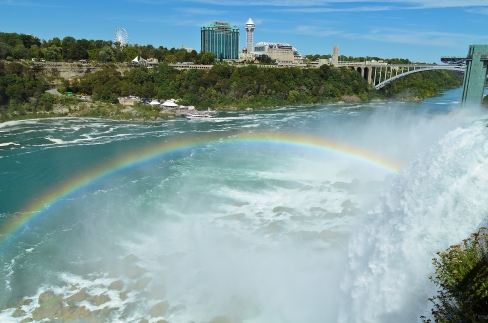 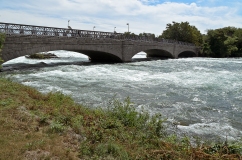 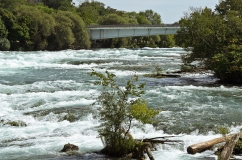 The first hotel to the right is where we stayed on our one-year anniversary, with a room overlooking the horseshoe falls. 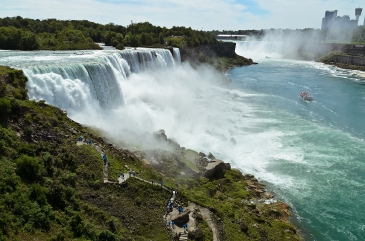 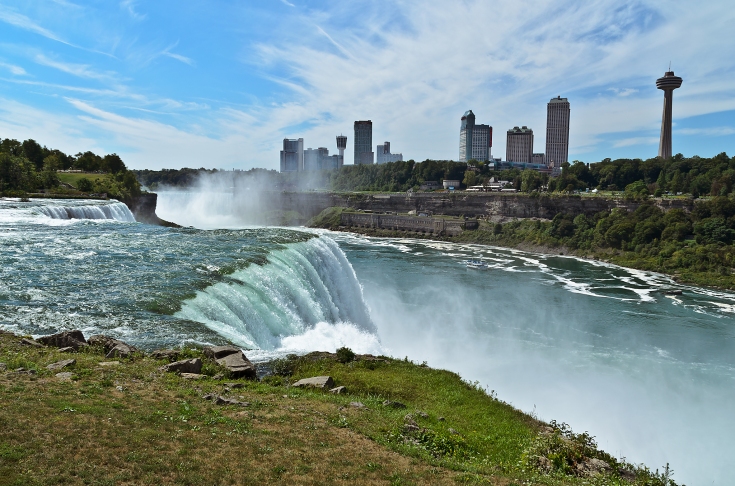 View More Photos From This Trip