April 1st, 2007: Our second day in Munich began with a guided bus tour of the city. 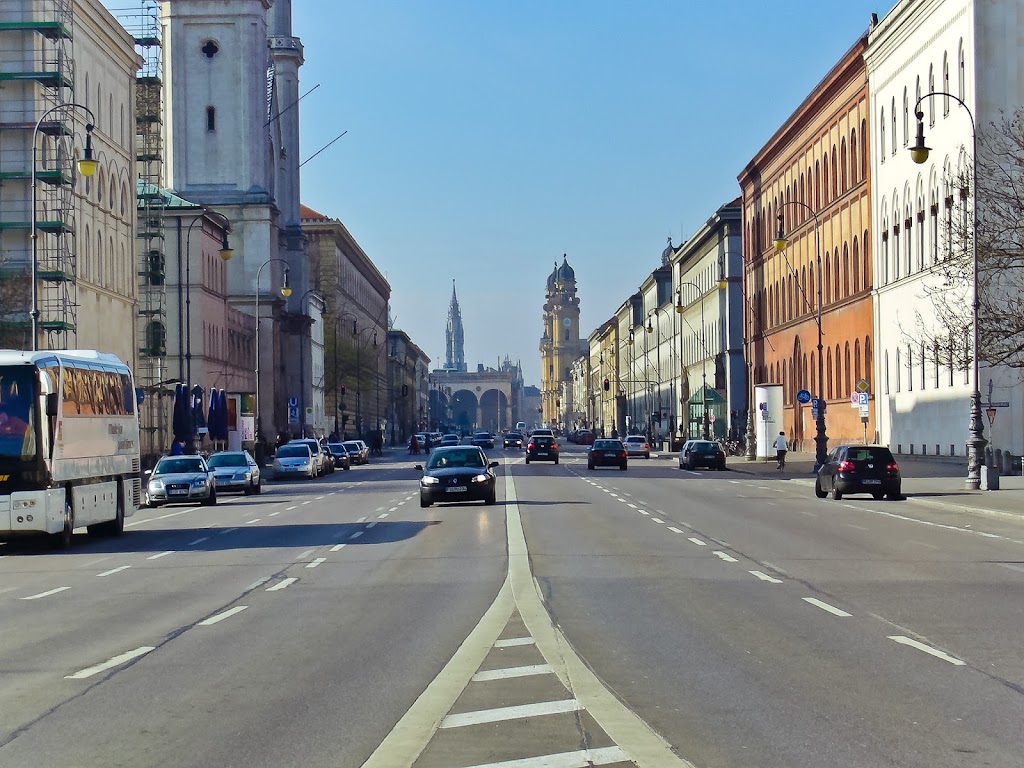 Munich Street with the Theatinerkirche and Feldherrnhalle visible in the distance.

We also stopped outside of the University of Munich to see the Monument to the White Rose, a resistance group in Nazi Germany, comprised primarily of students, many of whom were executed by the Nazis. The members of the group are now honored among Germany’s greatest heroes for their non-violent resistance against the Nazi regime. If you’d like to learn more about the White Rose, I’ve seen two excellent German-language films that are highly recommended: The White Rose and Sophie Scholl: The Final Days.

Monument to the White Rose consisting of the group’s characteristic leaflets.

Back in the Marienplatz, we saw performers all over the square, as well as a huge anti-hunting protest march.

The Rathhaus in the Marienplatz

The city tour ended with a stop at Nymphenburg Palace, which had once been the main summer residence of the rulers of Bavaria. The palace is huge, but we only had time to tour a small portion. No flash photography was allowed inside (and Nymphenburg would turn out to be the only palace we visited on this trip to allow any type of indoor photography). 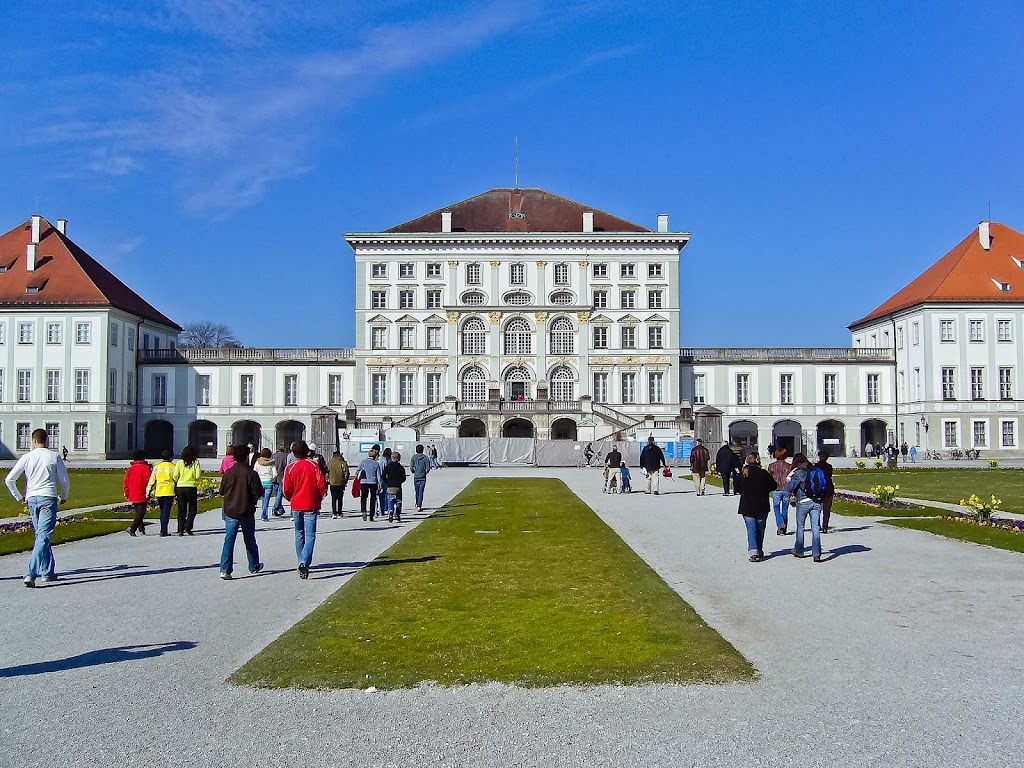 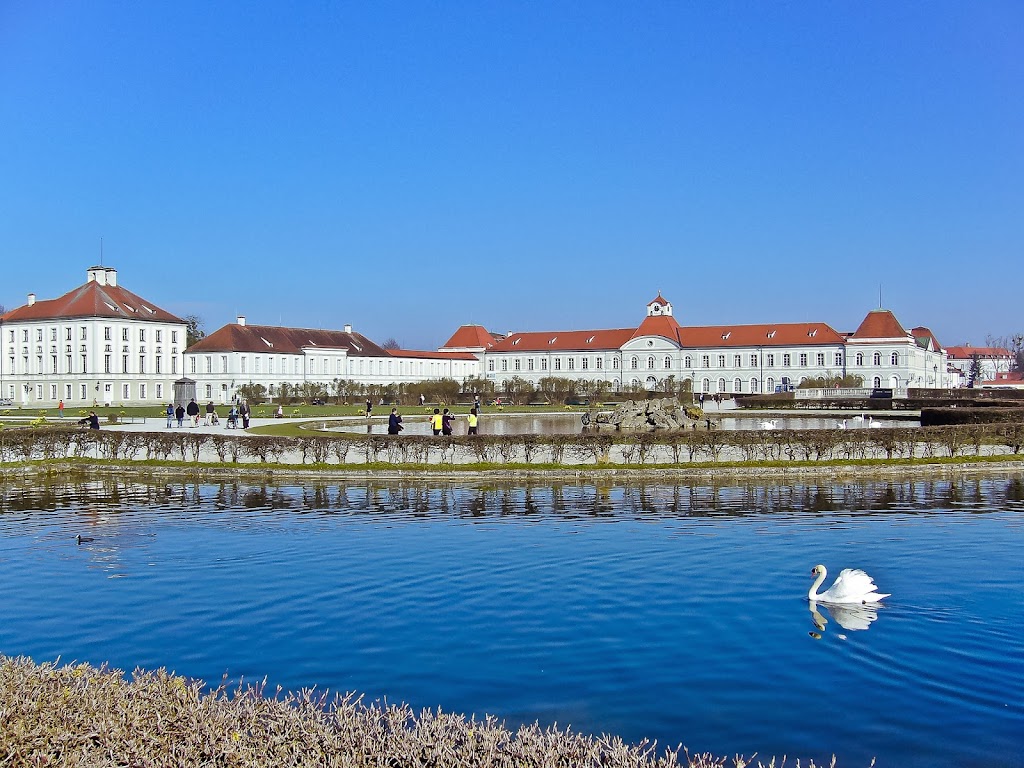 A wing of the palace with one of its many resident swans in the foreground. 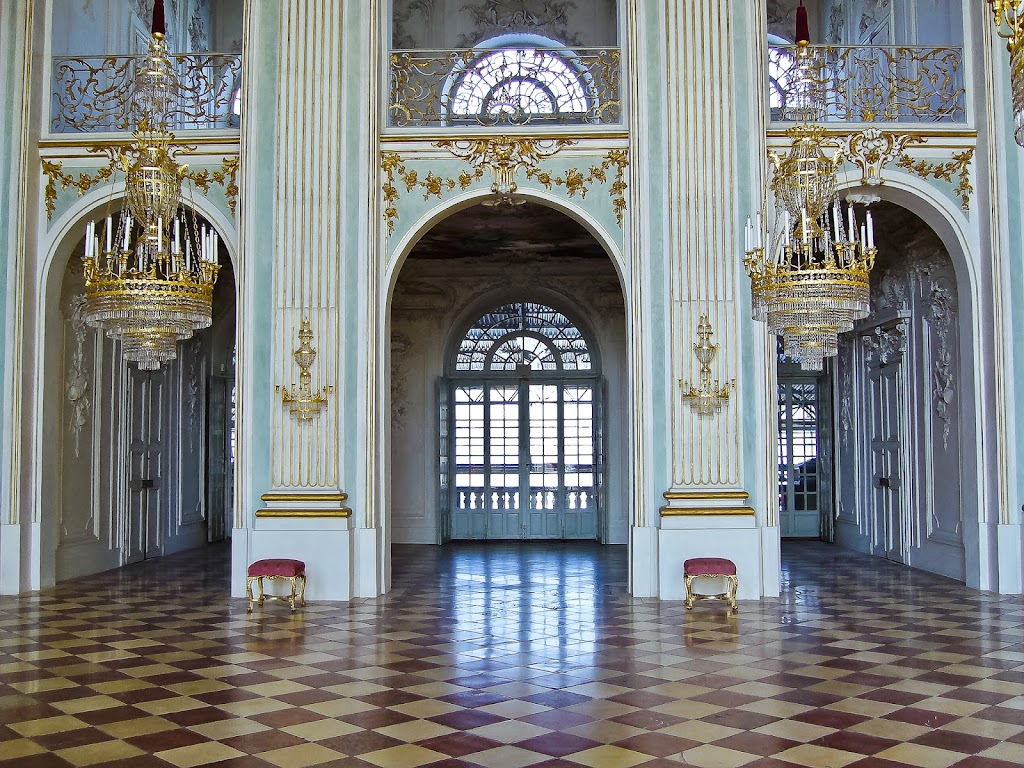 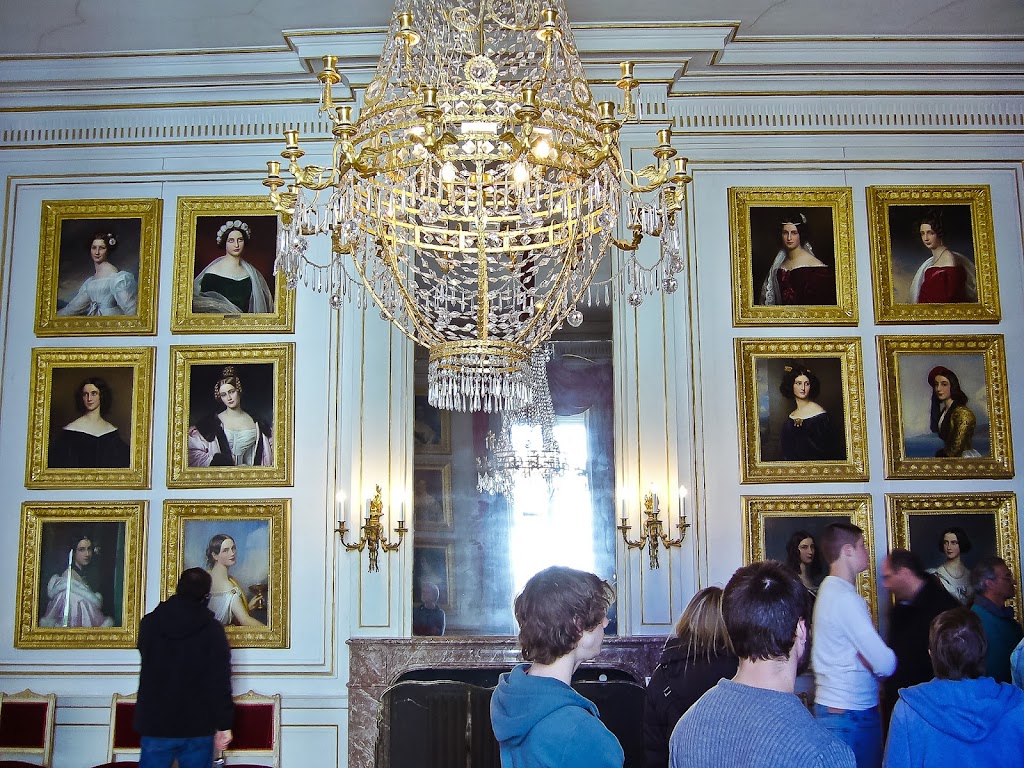 Gallery of Beauties, a room of paintings commissioned by King Ludwig I
featuring the most beautiful women in Munich, some of whom were his lovers.

Group shot in the gardens behind the palace.

Later that afternoon we visited the Dachau concentration camp memorial. After watching a documentary about the camp’s history, we toured the grounds. Walking among the barracks, crematorium, and gas chamber was a haunting experience, impossible to put into words. 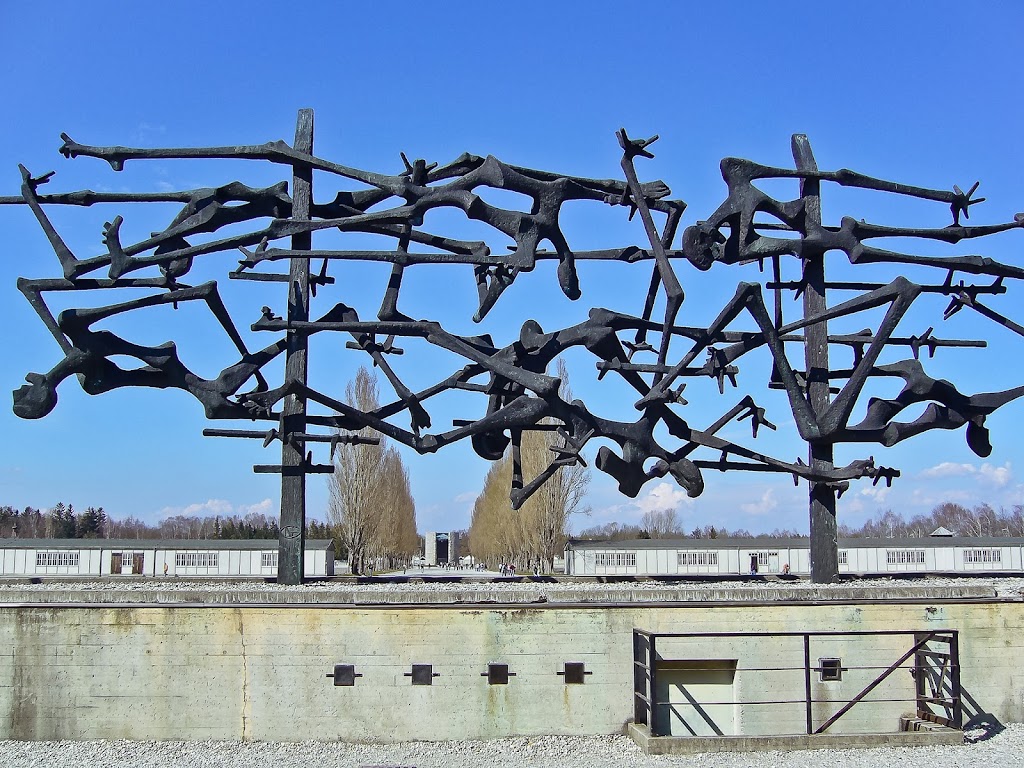 This powerful sculpture commemorates the victims. 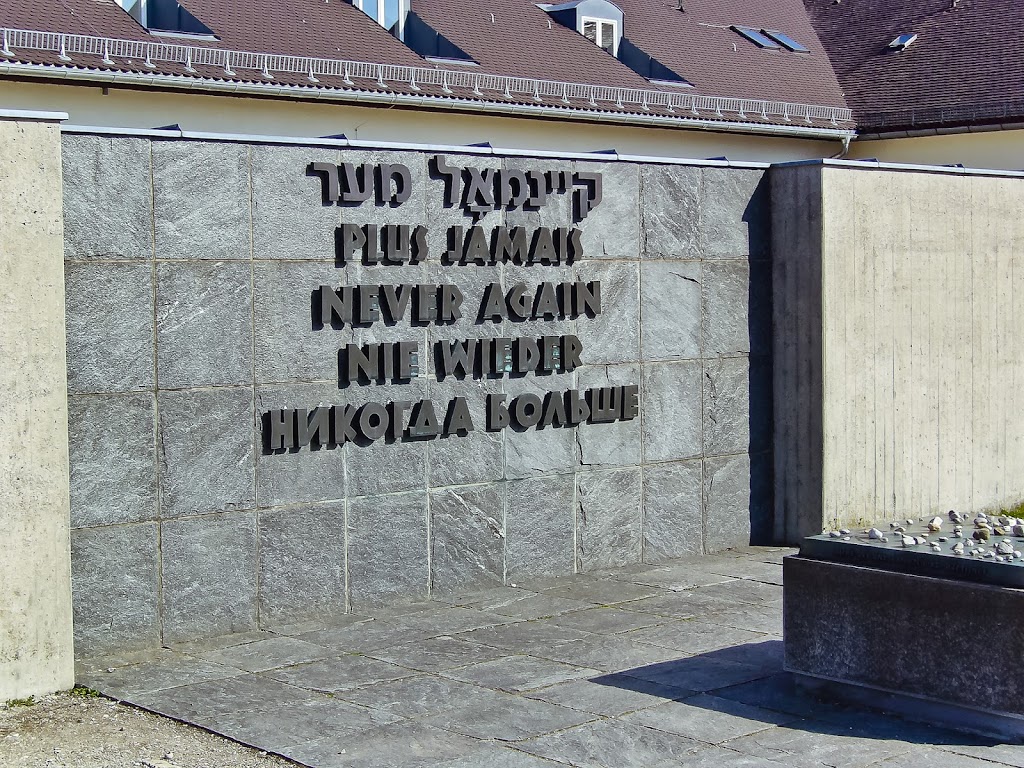 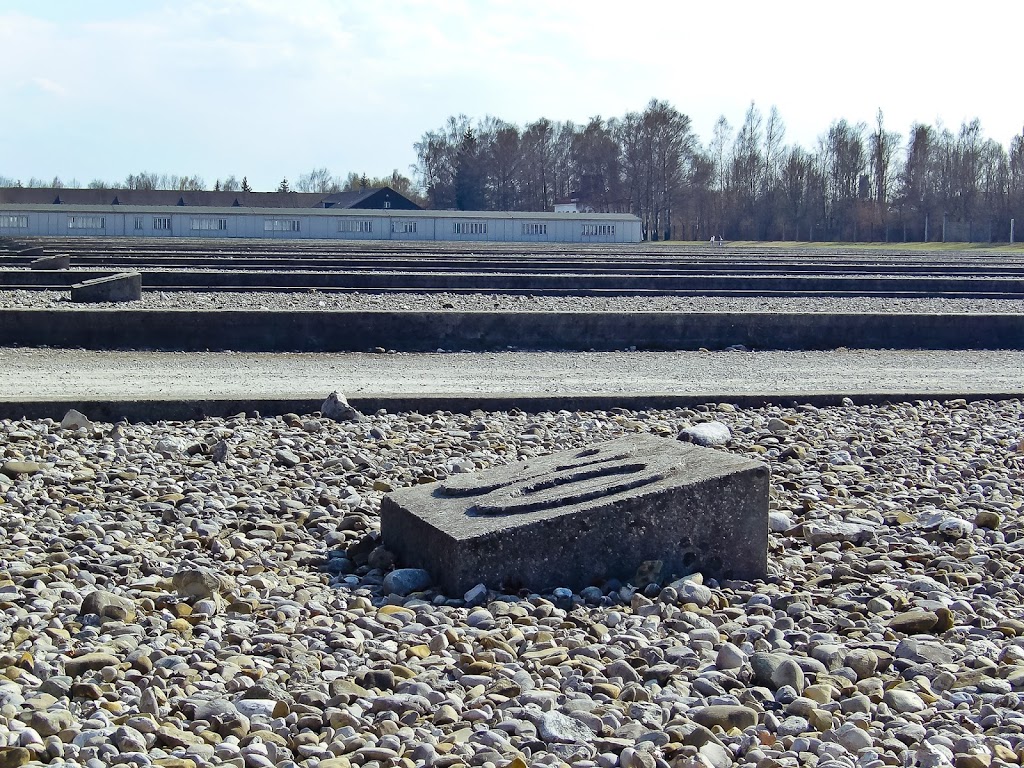 There were originally two columns and 30 rows of prisoner barracks.
All but the first row have been torn down.

The Nazis installed fake showerheads in the gas chambers to convince victims they were entering
shower rooms. This gas chamber had not been put into operation before the camp was liberated.

The only window to the outside world in the gas chamber. 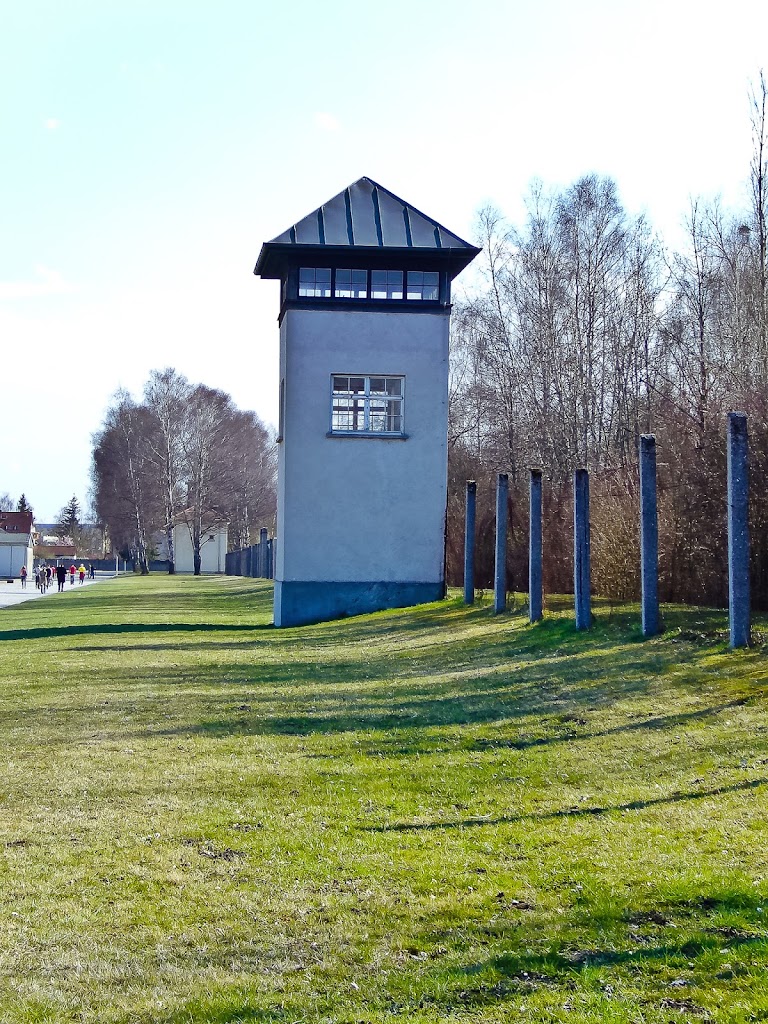 One of the guard towers.

After leaving the camp we returned to the Marienplatz in Munich for dinner. We then headed to a brewery called the Augustiner to toast our final night in Munich before returning to the hotel. In the morning we would be departing for Vienna. 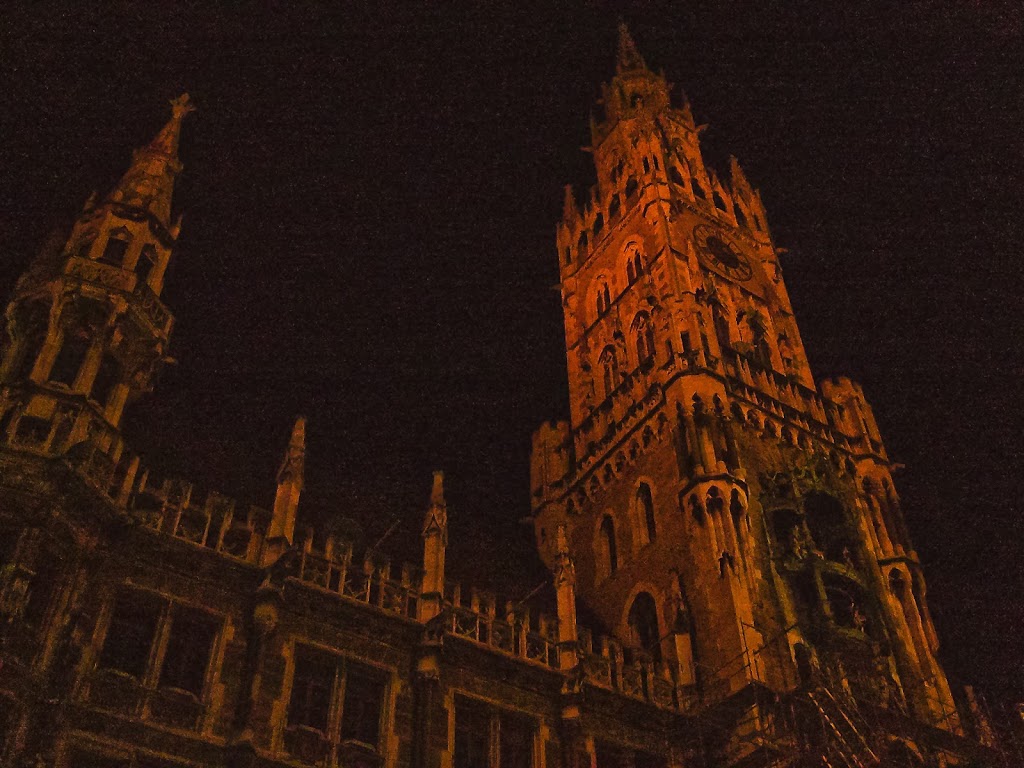 2 comments on “My First Eurotrip, Part 2: Munich and Dachau”